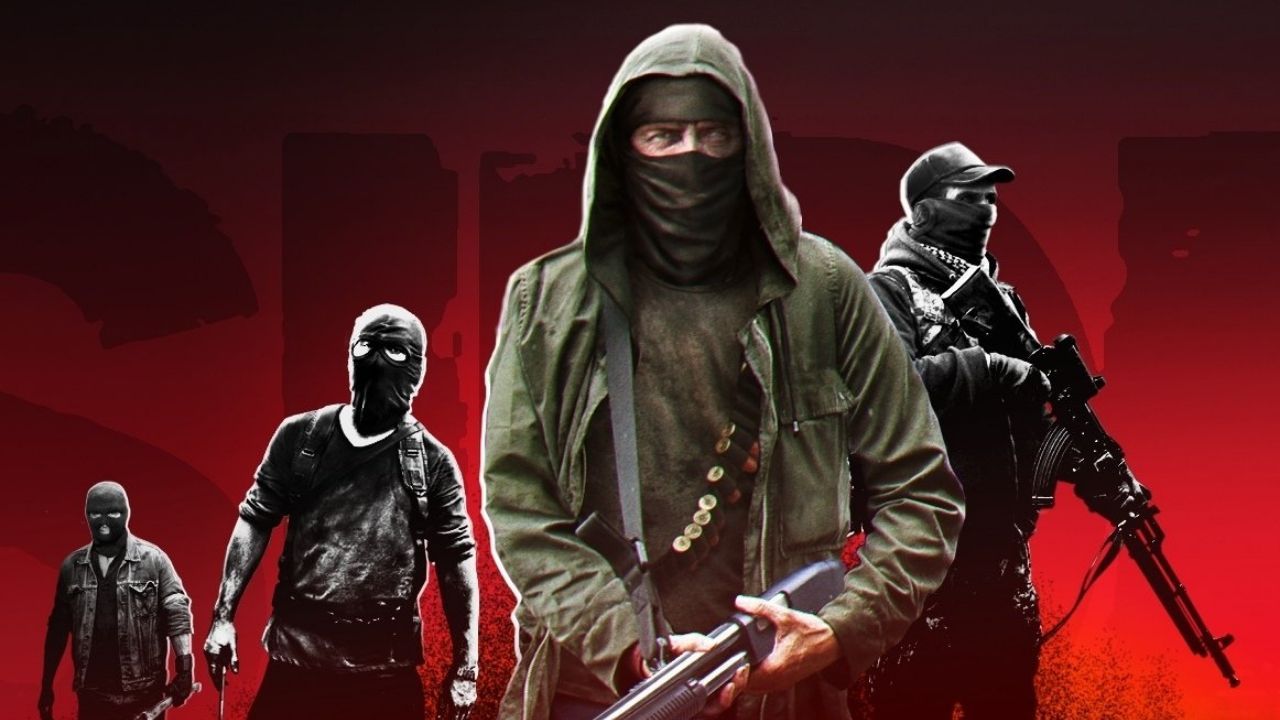 Hardcore survival games are having their moment in the spotlight right now. From games like Escape from Tarkov and Hunt Showdown pulling in reliably good numbers on Twitch/ Steam, to games like Battlefield 2042 including a hardcore mode called “Hazard Zone” that has an emphasis on survival over action, survival shooters are better then they have ever been. Of course when a genre blows up the market starts to flood with knockoffs, and the overall quality starts to decline.

So we have to ask, is Deadside one of these knockoffs? Or does it have something new to offer?

On the surface, Deadside is very similar to other games in the genre. It borrows elements from DayZ, particular the new character gameplay loop. It also borrows some of the base raiding mechanics from Rust, though with its own unique twist. It even shares some of its inspiration with Escape from Tarkov with scav bosses, traders, and the Russian influences can be felt throughout both games.

So far I have been able to put about 40 hrs into the beta for Deadside, including my time assisting with early testing for their 0.2 update, and my time with the game has been a mixed bag fun and frustration. When this game works, it is some of the most fun that I have ever had in the genre. Like any beta, it has its issues, but I have faith that the team at Bad Pixel will see this game through to a great place.

Lets get this out of the way, I strongly recommend Deadside to anyone who is looking for a change of pace. It is $19.99 USD on steam with a Mostly Positive rating as of the time of writing, and I believe that if you enjoy games in this genre you will get your moneys worth without a doubt. There is some incredibly fun gunplay, plenty of world missions to keep you entertained, and an absolutely gorgeous map to explore. There are options to play in PVP, PVE, third person, and first person servers. Combine that with official servers and “Private” servers that are paid for and hosted by the community, and there will be a server that matches just about any play style within the community. 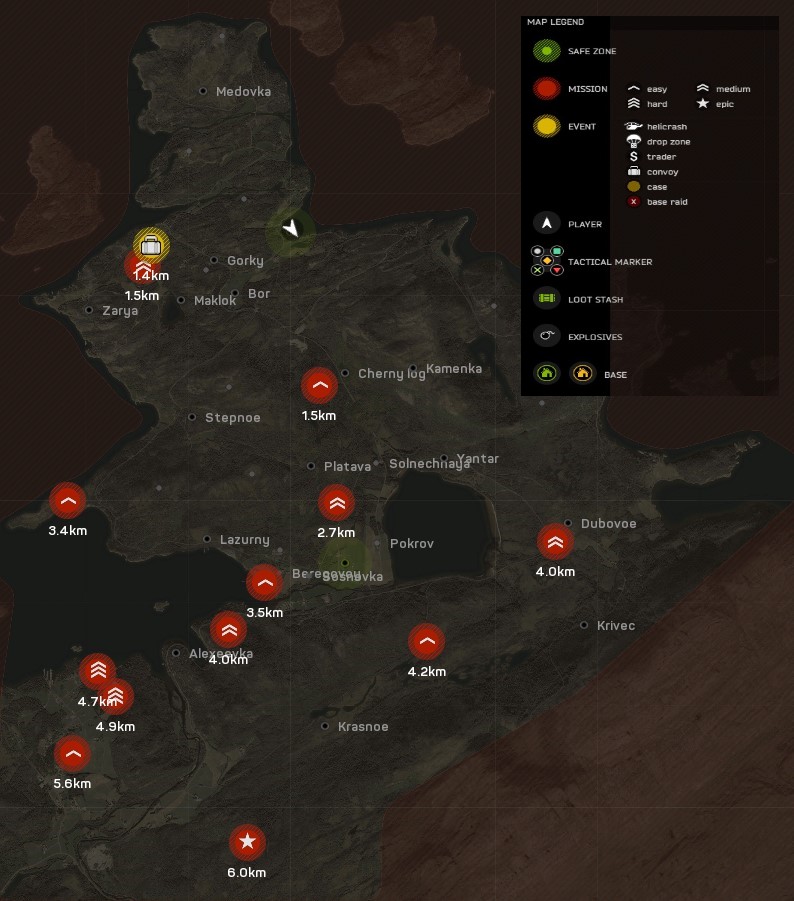 A look at the current map in 0.2.3, including where missions are and how they are balanced with difficulty.

Once you are loaded in, there is a decent variety of things to do. There are different missions across the map with different difficulties. They scale from easy up to epic and provide a good variety of PVE gameplay. There are also crash sites, where there will be a downed helicopter guarded by Military NPC’s that you can fight for better gear. There are even roaming “Scav Bosses” now that are marked on the map and provide some of the more challenging fights in the game. In PVP servers, all of these will also attract PVP attention, so you end up with a constant tension while playing that is both terrifying and exhilarating. 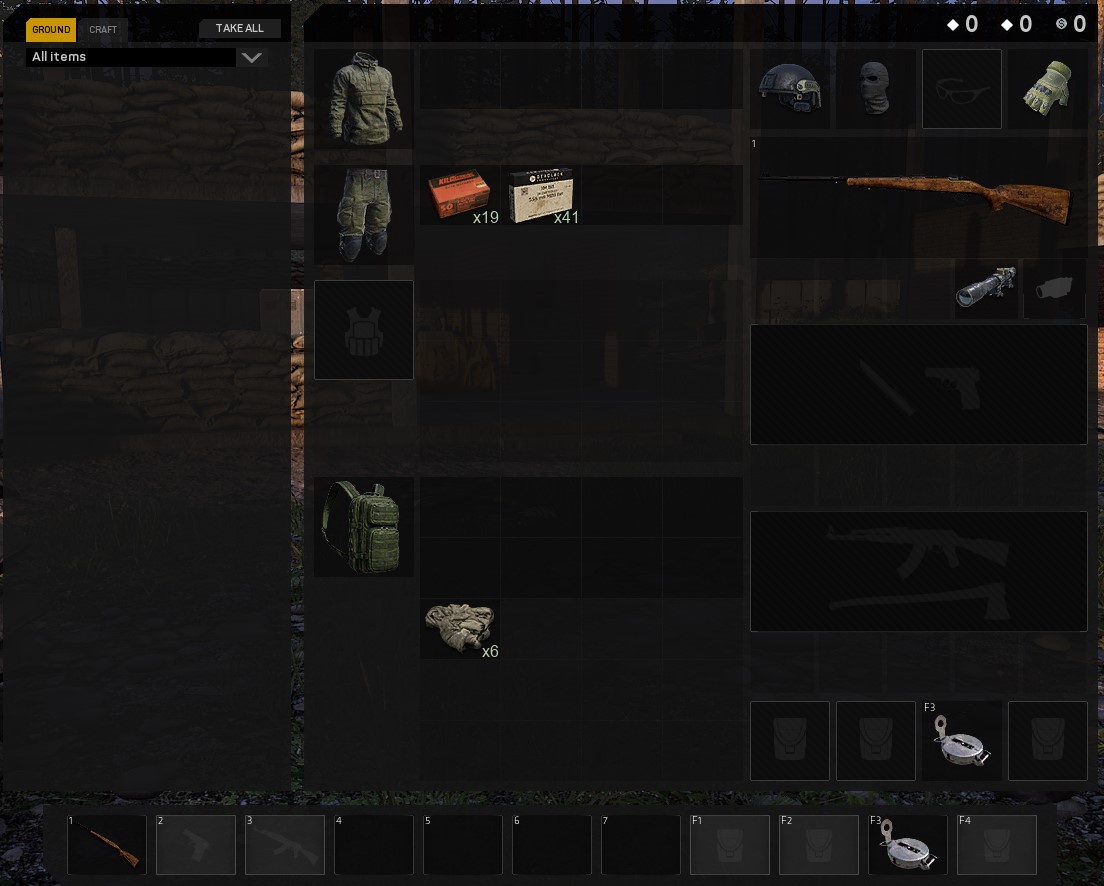 Snapshot of your inventory screen in Deadside 0.2.3

All of that would be pointless though if there wasn’t something to work towards, and this is another strong area for Deadside in my opinion. We aren’t looking at Tarkov levels of customization, but what they DO have is very well done. There is a good mix of shotguns, pistols, snipers, and assault rifles, and almost all of them can be customized in different ways. You can also get better armor, rigs, backpacks, and helmets to fit your specific playstyle, though if you want the best gear you better be ready to fight for it. It is almost all found in the highest level missions, meaning you will have to put everything you have collected at risk in order level up.

Now as I mentioned, Deadside is not without issue. There have been some major balancing issues with the AI in the past, though this has mostly gotten better through the 0.2 cycle (Deadside is currently on version 0.2.3). There are also some technical issues with the game, primarily with the Anti-Aliasing causing ghosting if they are turned on for me. Turning AA off entirely mostly fixes the issue, but that tends to cause issues with the skybox not rendering correctly. I have been told that this is a bug with Unreal Engine 4, not specific to this game, but its still very noticeable to me. There have also been issues with cheaters in the past, though again that isn’t unique to Deadside. 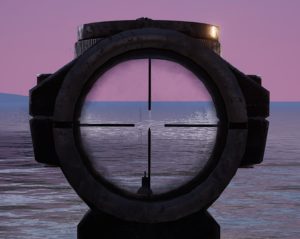 An example of the ghosting effects that happen with AA turned on.

Bad Pixel also has a history of being VERY slow to release updates, although that appears to be changing with the recent announcement that tinyBuild (Best know for Hello Neighbor and Graveyard Keeper) will be stepping in and assisting with development. This is welcome news to the community, who over the last year has become frustrated with the pace of updates.

As I said before, none of the issues are a dealbreaker for me. Deadside is a great example of what a small, ambitious team can do in a relatively short period of time, and I cant wait to see what is coming in the future from the team.

So what are your thoughts? Are you a new player looking to get started? Or have you been playing for a while? Join The Games Guild on Gamactica and let me know what you think!