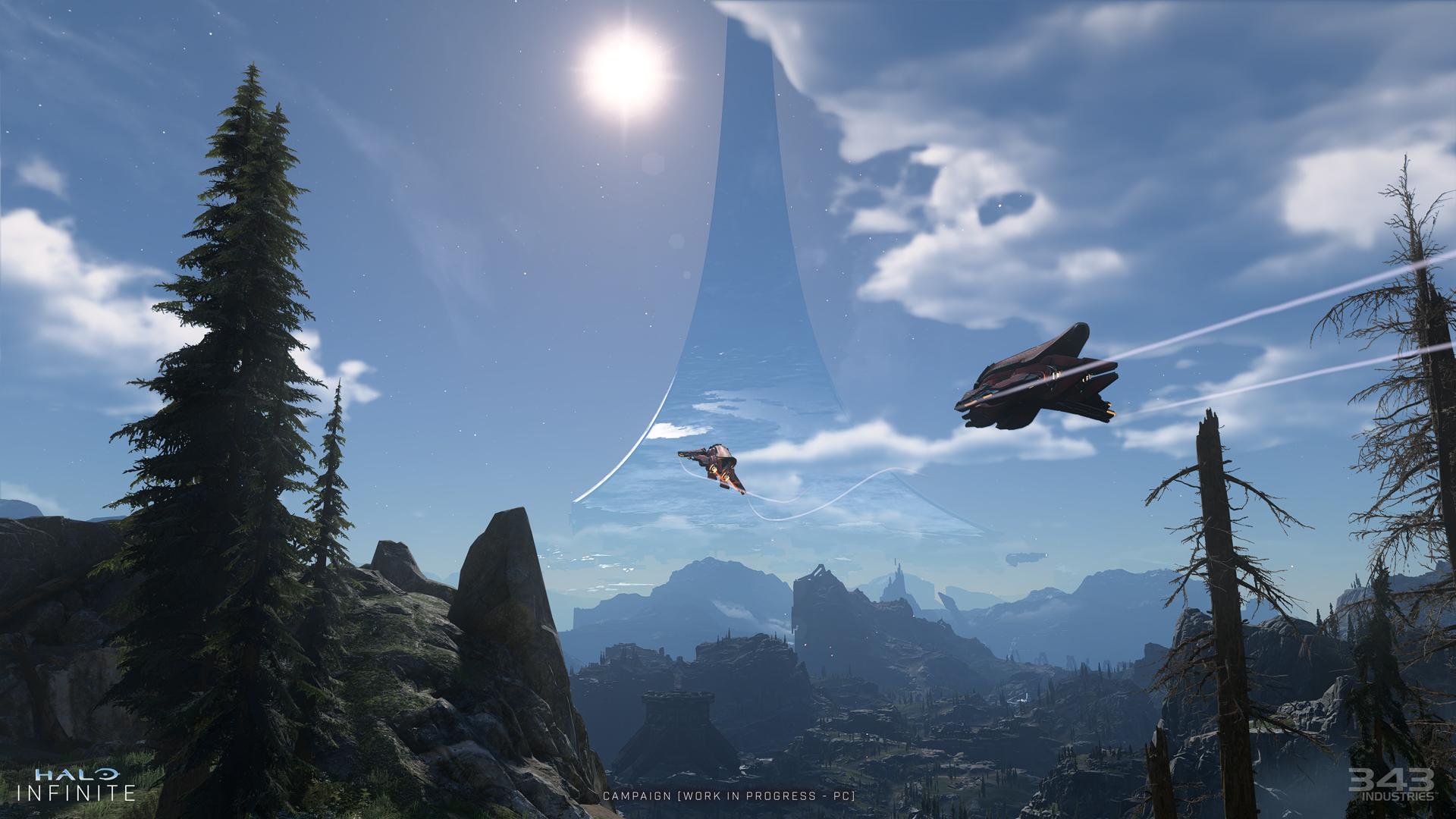 An early look at gameplay for the Halo Infinite Campaign

Full Disclaimer, I am and always have been a Halo Fanboy… I didn’t play 5, but I grew up with the original Bungie games and I loved Halo 4 even if it did have its faults. Needless to say I have been excitedly waiting for Halo Infinite since its reveal, but even with my high expectations I wasn’t expecting this…

I finally got my hands on the game this week. During the Microsoft 20th Anniversary event on November 15th, they surprised everyone by opening up the Halo Infinite Multiplayer Beta (which will be free to play at launch on December 8th) to everyone. I was able to play a few games here and there, but I finally got a chance to dive in completely on Wednesday night, and I have to say I don’t think I have smiled that much while playing a game in years. Every game was satisfying, whether it was binging people from our community into the lobby and playing big team battle (12 v 12 games on larger maps) or the smaller 4 v 4 quickplay matches that are more focuses on close quarters combat and strategy, every bit of the night was absolutely epic. The game has some balancing issues, but the core experience that 343 Industries has delivered here has updated Halo to make it compete in 2021 and beyond.

I’m not sure if my nostalgia glasses are just on in full force, or if the game is actually as good as I think it is, but HOLY CRAP Halo Infinite is fun! Obviously we don’t know much about the campaign yet, though the trailers we have seen FEEL like Halo… it’s funny, that is actually a good word for this game. Feel… everything about Halo Infinite just feels good. Pull up any stream, let’s play, or clip and you will see people blasting away in PVP with giant goofy grins on their faces. 343 Industries has knocked the feel of this game out of the park. From how tight the gunplay is to how good the game looks (even on low settings) everything just feels right. Pair that with how Microsoft and 343 are marketing the game, and I think this may end up bringing Halo back to the forefront of gaming.

The gameplay near perfect in my opinion. I do think there are a few tweaks that need to happen, but overall this is the most fun that I have had with any game in a long time. My friends and I played for about 4 hours and I don’t think we stopped laughing throughout the entire night. Honestly, there isnt a ton to say here, but I do want to recommend some tweaks to the game that I believe would help perfect the gameplay.

Thats legitimately all that I can think of balance wise with my time. Everything else feels incredible, and I cant recommend trying Halo Infinite enough!

Right now, the customization is pretty limited in Multiplayer. There IS a battlepass that you can purchase for around $10 USD, and the rewards on the battlepass range from different pieces of armor, color pallets, and weapon skins that you can unlock for Halo’s Multiplayer mode. There is stuff that you can unlock for free, but at the time of writing there isn’t much. There is also a concern atm with how you level up the battlepass, since instead of leveling off of experience like other games, it rewards you for completing daily goals. This HAS led to concerns that the progression is too slow, 343 is already working on tweaks for that will improve progression as you play. This is the kind of thing that can be balanced though, and is not a major concern to me. As long as there are good cosmetics that you can unlock without the battlepass, I am good.

We don’t know a lot about the story yet. Its based around Chief trying to find out what happened with Cortana after she became Rampant. For those that didn’t play Halo 5, I recommend reading through the story here. As of writing I have not been able to play the campaign myself, but SkillUpYT put out a pretty in depth first impressions video last night showing off a bit of what the game has to offer. I will update this section as I have a chance to actually play, but it seems like the open world aspect of the game is a bit of an afterthought that really needs co op to be fun. There are a lot of fun things to do, but the world feels a bit empty. That said, it was very early story gameplay, so that may open up a bit as the game progresses. There are also fully scripted missions that you will go through that are more Old School Halo like, and from what he said they appear to be incredible. I’m really looking forward to playing through this when it launches on Dec 8th this year.

Overall, I think Halo Infinite is coming in and doing everything right. The PVP is excellent, potentially GOTY worthy on it’s own, and the campaign looks like a solid sandbox style compliment that will be fun in its own way. I HOPE that they stick the landing on this one and truly bring Halo back to the forefront of gaming again.

Have you been able to play the beta yet? What are your thoughts? Comment below and let me know!