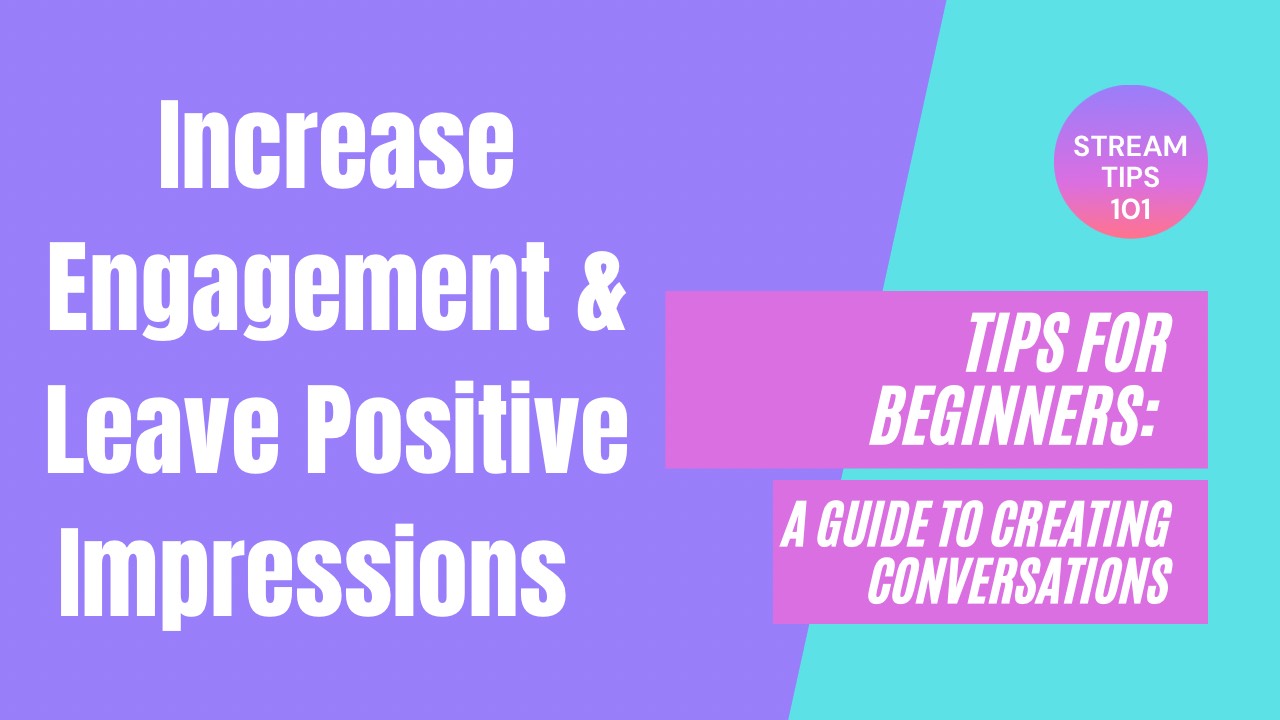 It’s common for streamers to struggle with engagement. There are many various ways to approach a conversation with someone new. Here are a few great examples!

Tip: If you’re currently watching someone’s stream and their audio is too quiet or maybe it’s echoing, let them know in a polite way as they may not notice. After their stream, ask what type of mic they’re using, tell them what you enjoyed about their stream or what you would have done differently. Offer tips or advice if you have similar experiences as them. Most people enjoy other people’s input especially if it’s done politely and if it has potential to help someone’s channel.

Step 2: Network While Off Platform

Tip: Maybe you’ve come across a youtube video of theirs. If you enjoy it, be sure to let them know. Talk about their editing technique or the royalty-free music that they used. Talk about the content or game they’ve featured in that video. Ask for suggestions from them if you’re interested in creating content on the same platform.

Tip: Search for public posts with key words rather than focusing on hashtags. Twitter is a great platform for this method. If you come across any streamers that post online about the same games you enjoy, comment on their Tweets let them know they’re doing a great job. Tell them you love the game they’re playing, let them know you plan on visiting their stream next time they go live.

There’s so many different ways and methods of networking, these are all genuine examples of great ways to start a conversation with someone. Getting to know someone before asking them for a collaboration is always a great idea. Be productive in your conversations, but be equally genuine. These examples highlight your core interest in appropriate ways, and you might even be able to make some new gaming friends!