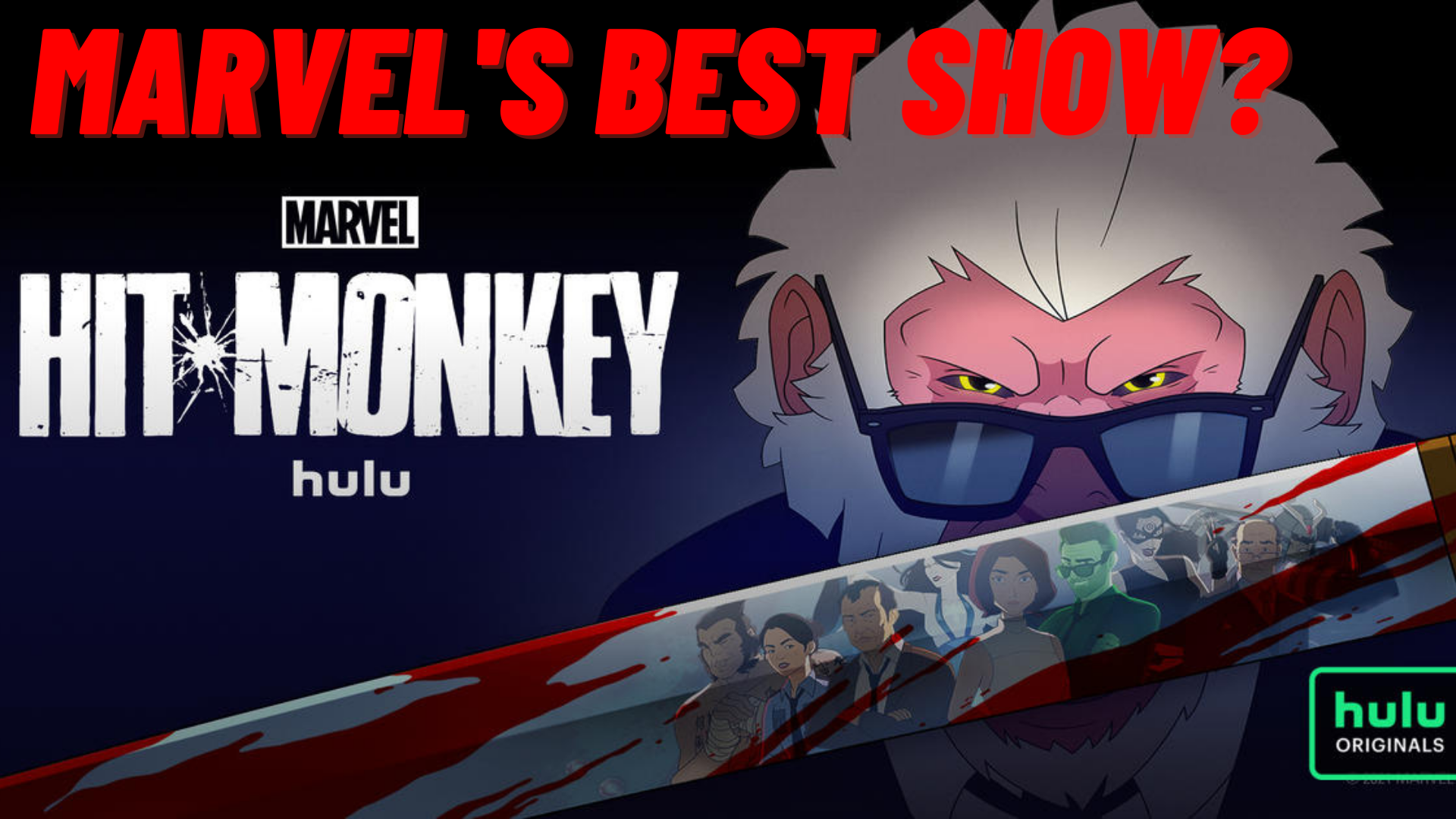 The best Marvel show isn’t on Disney plus, its on Hulu. What do you get when you combine an assassin snow monkey, Ghost of an American Hit-Man voiced by Jason Sudeikis, With Olivia Munn as a love interest in the Beautiful setting of Japan? You get Hulu original Hit-Monkey.  So why isn’t this amazing show on Disney plus? Hit-Monkey is rated TV-MA for almost every reason you could imagine.

Hit-Monkey debuted in 2010 as a one-shot for Marvel Digital Comic Unlimited. Then later was part of a 3 story arc co-starring the merc with a mouth Deadpool.  He also has a small cameo as a member of Nick Fury’s Howling Commando’s. One of many groups created by Nick Fury made up of several monsters turned hero.

The story follows an assassin or hit-man and or a Hit-Monkey trying to get revenge for his whole clan being murdered after nursing Jason Sudekis character (Bryce) back to life. Hit-Monkey clan finds him face down on a snowy mountain in Japan with an almost fatal gun shot wound.  As the monkeys are taking care of  Bryce a clean up crew comes to finish the job, shoots Bryce several times then turns their attention to Hit-Monkeys clan, and mows down the Monkey Clan in front of Hit-Monkey.  In a Moment of Rage Hit Monkey grabs two guns and starts to paint the snow red with the blood of the team that killed his family. After Hit-Monkey is done Bryce tells him to get revenge for him and his clan before he dies just to be brought back as a ghost tethered to Hit-Monkey.  The Dynamic between these two characters is hilarious and filled with growth as Bryce teaches Hit-Monkey how to be a hit-man .

Hit-Monkey is a complete surprise to me. Not knowing what to expect, I couldn’t stop watching every time an episode ended I would say ok after this one I am going to bed…then all of a sudden its 4 in the morning wide awake wanting to see more. The character list is very interesting, and mixes Japanese super heroes, ghost assassins, and Yakuza all together in a bloody revenge story. Hit-Monkey is a mix of Kill Bill a buddy comedy, and a love story kind of.  Olivia Munn lends her voice to Hit-Monkey’s love interest and yes she is human. The murder scenes are creative and in some scenes the gory and ruthless way that Hit-Monkey dispatches his enemies is pure entertainment and leaves little to the imagination.

This comical, dark, and blood bath story filled with redeeming moments goes to show the amazing stories comics contain when you take off the kid gloves, and write for street level heroes. I highly recommend Hit-Monkey on Hulu if you like a good revenge story or Japanese Snow Monkeys.  You can find Hit-Monkey season 1 streaming on Hulu right now as a Hulu original.  If you want to see all the latest and greatest news on gaming, streaming, advice, television, and movies.  Portals is the place for you.