From Wonder People’s Oscar Mike studio comes Super People. A free to play first and third person battle royale. Super People released in closed beta on December 6th and will be live until December 26th when the closed beta ends. Oscar Mike Studio recently made getting access to the closed beta very easy by simply requesting access from the Super People Steam page here.  Wonder People is a South Korean game studio founded by Min Hur, who is a veteran of the South Korean gaming industry. Min Hur was the creator of Dungeon Fighter Online.

My first impression of Super People was “wow, that is the worst name ever.” I’m sure that is has a super cool meaning in Korean. I mean it must, right? Anyway, my second impression after watching some gameplay was that it reminded me a lot of PUBG. The inventory screen is very reminiscent of PUBG. As is the map, the controls, and the gunplay. Once I played it however, I saw that this game has a lot more to offer than simply being a PUBG clone.

For starters, there is loads of character customization. Super People offers many different faces, hair styles, hair colors, and clothing options to choose from. This may not be the case at open beta or full release, but I really hope it doesn’t change. I like to play in third person and giving my character a unique look helps me enjoy the game more. 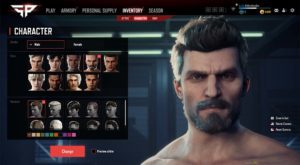 Super People offers twelve different classes that each have their own unique perks and abilities. You are assigned a class at random at the beginning of the match. If you decide you don’t want to play that particular class, you can switch classes by spending the in-game coin currency. During the closed beta the coins are plentiful and easy to earn, so this isn’t a problem. No word yet if they will remain that way after the closed beta ends, and we move onto open beta and full release. 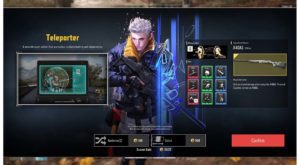 As you make your way through a match you can increase your characters abilities by finding and consuming super pills. The super pills come in green, blue, red, white, and gold. Each super pill color enhances a specific ability for your character. Green may increase your primary weapon damage, while blue increases the effectiveness of your ultimate. It’s a cool game dynamic and adds a lot to your looting experience.

Another thing that makes Super People stand out and adds even more to the looting experience is crafting. You don’t have to rely on luck to get yourself a high-level weapon or armor piece. By collecting different crafting components, you can upgrade a level one helmet to a level three for example. This really helps level the playing field, so when you get down to the final gunfights. You don’t find yourself hopelessly ill equipped as you sometimes do in other battle royale games.

Super People has a very large map; however, the entire island map isn’t included in every match. Instead, each match starts with the circle and flight path of the drop aircraft only covering a portion of the map. This prevents long periods with no firefights happening. It also forces you to drop into, loot, fight in, and learn different areas of the map. To date I’ve played over six hours of Super People and there are still some areas of the map I haven’t been to.

Super People is a very pretty game with an extremely detailed environment. The leaves on bushes move when you move through them. When you enter a house the teenager’s room may have detailed music posters on the wall. The coffee shop has a full menu on the wall with drink names and prices! The level of detail is insane, and you can tell this game was a labor of love. 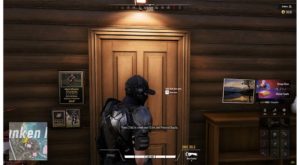 Super People runs very well for a closed beta. In my six hours of gameplay, I have only experienced one instance of server lag.  There are some issues that need to be addressed such as the pre-match helicopter lift off cutscene that drops things to a very low framerate.

All in all, I’ve enjoyed my time playing the Super People closed beta and would recommend it to anyone that enjoys playing battle royale games. I describe it to my viewers as PUBG, Ring of Elysium, Warzone, and APEX all rolled into one. Maybe you’ll see me in a match soon. If you do, save me red pill.