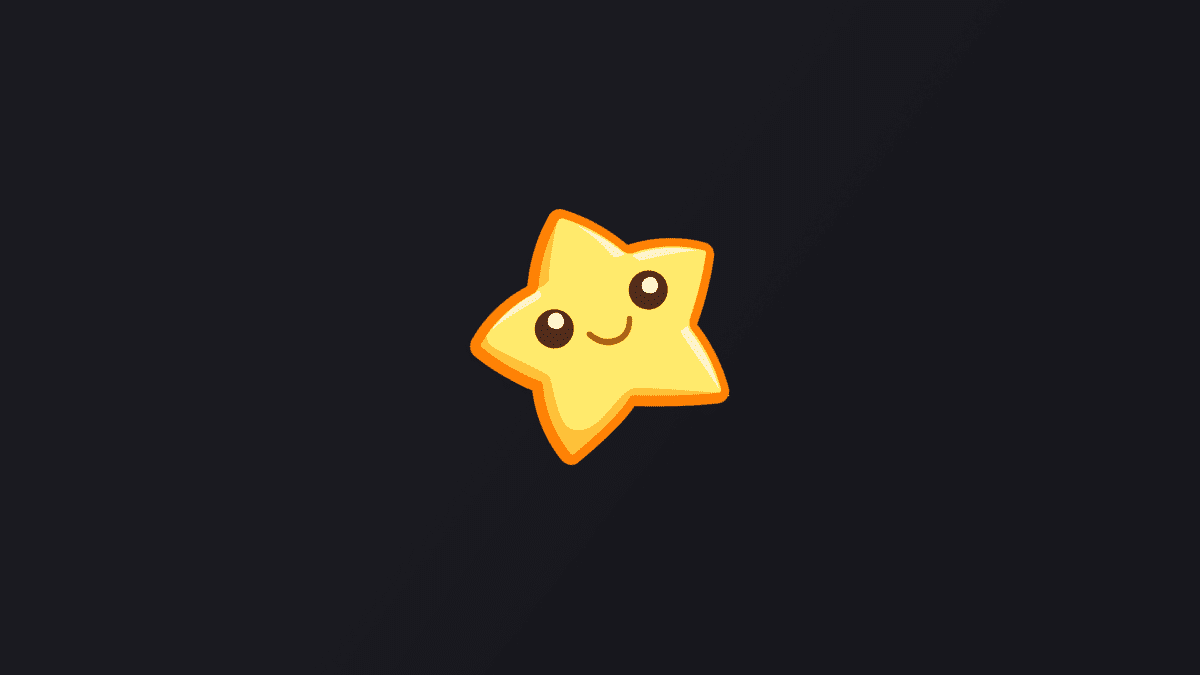 Altair's Logo, as featured on Altair.tv

It is no secret that social media platforms are not the safest place for marginalized individuals. Regardless of the denial and gaslighting, being any combination of PoC, LGBT+, and femme presenting/identifying can make you a target of some of the most hateful people the internet half to offer. Compounded by the hate we receive is the lack of accountability from these very websites. Twitch, as an example, has come under fire for doing little to protect their marginalized creators as they get doxxed, stalked, harassed, hate raided, and botted. On the other side of it, they’ve also done little to help promote their marginalized creators (they opted to monetize having a better algorithm, which barely makes a dent, but that’s a tale for another day.) Even being a Twitch Partner doesn’t get you all the bells and whistles you’d think the title comes with, the one single Twitch tier having a very noticeable hidden rank within it that isn’t defined anywhere on the platform.

I love that Twitch will send things to specific partners but leave the rest of us out. Continuing my mindset that I don’t mean shit to the platform but make them money by people subscribing and Twitch taking half 🥲

As we sit here and wonder if there will ever be positive change, we’re instead presented with an alternative by means of Altair.

Altair aims to add itself to the competitive market of live streaming without, ironically, aiming to compete. They, instead, aim to create a platform where the consumer is more of a benefactor instead of a means to an end for the platform’s stocks and profiting. It’s made by and for marginalized individuals with the goal of giving everyone a fair shot at growing their platform instead of battling an algorithm that actively silences us.

On December 16th, 2021, the Altair CEO Bryan Veloso broadcasted live on the platform, marking the first time the platform has broadcasted live since its conception. The VOD was later released as a video on YouTube, combined with a blogpost summarizing and elaborating on their live presentation. You can click here for their blog post, and below is the YouTube video of the archived presentation that they have dubbed as ‘Altairations’:

The video is about thirty minutes but covers a lot of ground as to what they’re aiming to accomplish and some of the how behind it. The blog post they shared does a great job at summarizing the video. In this article, I want to highlight a few things that stood out to me (outside of their VERY obvious love for FFXIV, which I definitely appreciate.) There is more than just what’s in this article that caught my eye. I may cover them in future articles as needed.

Altair aims to divide the releases of their platform, along with all the features they plan to add into seasons. Season 1, which is essentially when the service goes live to everyone, is planned to begin on March 31st, 2022. Season 0 is where they plan to have their Visionaries (people who donated to help jumpstart the platform) join to QA their servers, however they didn’t give a particular date for that, and left it a bit ambiguous. I am registered as one of their Visionaries, but currently I am not sure if there will be any kind of NDA for Season 0. I’ll provide information as it comes and as I’m allowed to provide, in that regard.

My hope is that we get to start bullying their servers (not their content creators!) soon enough for the launch on March 31st to function better than Final Fantasy XIV: Endwalker servers have been.

Future seasons of Altair aims to add improvements, fixes, and features. They did cover a specific roadmap on the presentation, although an argument can be made pro and against having a roadmap at all.

While not the goal for every streamer, monetizing your stream is a strong topic of conversation in the streaming community. One of the strongest points of contention against Twitch is how their subscriber split is 50/50 (you get half of a sub; Twitch gets the other half). In addition, there is also a payout schedule which for Twitch is currently set to meeting a threshold of $100 for a payout to occur. Bryan didn’t cover the subscriber split, nor did he cover specifically how streamers will monetize on Altair, however he did cover how payout scheduling will work on Altair.

Altair is going and eyebrow raise route with payouts, admittingly. Their policy is going to be industry standard; once you hit $100 they will payout, and Altair isn’t responsible for payouts prior to that threshold. However, their procedure will be that they disperse funds, regardless of hitting the threshold, after three months.

The threshold exists to avert the costs of payouts. Its cheaper to force content creators struggling to start to wait to receive any compensation than pay to have everyone get paid monthly. Moreso for Altair where one can monetize immediately instead of waiting to hit certain metrics. Twitch currently requires you to be eligible to be a Twitch Affiliate to monetize at all, as an example. Because of this, it’s easy to see that Altair will adopt this policy to avert their own costs.

However, Bryan states that he wasn’t a fan of this and pushed back, which lead to a middle ground of having a procedure differ from the policy. The Altair procedure will have their content creators receive quarterly payouts regardless of amounts accumulated. So, on month number three you should receive a payout even if you only accumulated $5.

What makes this policy vs procedure a bit interesting is the legal side of it. Procedures are intended to deliver on set policies in the corporate world. Having the procedure delivered in a way not set in policy allows them to reconsider their stance on quarterly payouts without the need for any major policy revision, keeping themselves safe from any legal blowback if quarterly payouts turn out to not be cost effective. When you establish your account, you, as a user, agree to policy (terms of service and the like), while procedure is more about how their employees and systems deliver said policy.

While I don’t expect any subversive intent, at the same time it is worthy of note.

Altair’s strong suit and the area that has me the most invested is their approach towards content creator identity and consent to…well…everything on the site. They displayed on the live broadcast/VOD the account creation process on Altair. Within that, we got to see how 2FA (two-factor authentication) will be streamlined into account creation (originally planned for a later season, but they opted to get it in sooner), setting your pronouns, and even LGBT+ flag. They also have a “Persona” system that I absolutely find fascinating, along with having customization options to opt in or out (essentially consent) to various aspects of your displayed information, along with information the platform provides.

They have you set your pronouns right on account creation. As far as that goes, it looks better than just about every site out there that even presents the option at all (which isn’t enough, where relevant to do so). They provide a list of pronouns (going further than just he/she/they) and allow you to set two pronouns (for example, option one can be “she” and option two can be “they” for folks that identify as she/they). Even though they have you set your pronouns, they still follow up and ask you for consent to display your pronouns, keeping you in control of what information you’re comfortable having on display.

They also have a system called “Persona” where you get to dictate the kind of profile you’ll be making. Are you a musician? Artist? Creator (Streamer)? You can select one or as many options as you like. Doing so allows the site to cater to your needs more specifically. There was only so much information provided when it comes to Persona, and the only Persona currently available is just for streamers. That said, I’m eager to see how the site caters to differently for folks when they’re more defined in future seasons.

On the subject of consent, Altair aims to give its users the ability to decide how the site caters to them. They provided several examples, one of which being able to opt out of seeing your channel metrics. While those of us who utilize these tools may read this and think it odd, these tools are like any other as that they can just stay in the toolbox. This gives streamers that get negatively impacted by seeing metrics (which can go both ways; growth or plateau) can continue to enjoy streaming without the worry of having stats thrown at them.

Important thing to note: in the broadcast/VOD, it’s mentioned how there will be an option to turn off the ability to see the pronouns of others. This was addressed in the Altair Discord, and they’ve since updated the blog to reflect the change in that option, as it gave window for misgendering. Credit where its due, they listened and adapted.

The broadcast did well on expanding how the platform intends to deliver on the promises it set what feels like so long ago. For me, it answered a few questions that I had buried in my nogging as far as the development and implementation of their goals. It did, however, create new questions and left some of my old ones unanswered.

One thing to note is that they did not cover their previous missteps when it comes to Altair’s development and modus operandi, a blog post they made about neurodivergence coming immediately to mind as an example. While they did make a blog holding themselves accountable, I’m sure there is still a mixed perception of Altair’s ability to deliver its promises. There are those of us that have been burned by corporate promises in the past and remain defensive, and those of us that want/need this platform to finally give us the solace we’ve been waiting for.

Personally, as a neurodivergent bisexual & Hispanic content creator, I’m still invested and eager to learn and hear more about Altair. Their delivery on their promises will be a game changer for those of us drowning in systems designed to keep us struggling. As soon as I learn more (and am allowed to share) and/or they release more information, I’ll make sure to cover it and keep you all in the loop.