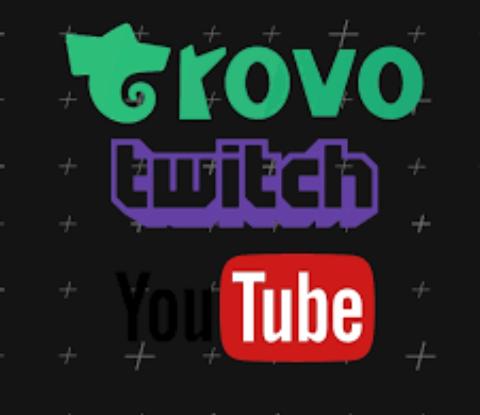 Twitch streamers are currently unhappy with Twitch only offering them 50/50 of subscriptions, which is less than their competitors are offering. Facebook Gaming recently changed it where their streamers get 100% of their subscriptions when purchased on the desktop until 2023. Due to this change with Facebook Gaming, Twitch streamers recently have requested that Amazon, the owner of Twitch which is a content-creating platform, pay them more than the current split amount that streamers receive on Twitch. If you compare 70% on YouTube and just 50% on Twitch, you’ll see why Streamers are requesting for Twitch to offer them more subscription revenue.

FB Gaming and YouTube Gaming are completely different. FB Gaming money is different and their relationship with streaming services is different, as well the direct company is investing in them. They are not a purchase where it’s a subdivision or an acquisition.

Youtube, they are owned by Google and has much more money than Twitch does and they could lose streaming and still be perfectly fine with their videos, just like everyone else is looking to create something with their live streaming. That is why your streams turn into videos after they are done and still attract people to them so that they can put advertising on them even after you are done depending on what you stream.

Unlike Twitch and YouTube, Facebook Gaming isn’t keeping their streaming platform healthy from what I hear, but they do not have tiered subscription levels. Instead, each channel has a single base subscription. As a creator, you can custom-set the price of your subscription, anywhere between .99 and 99.99 USD. Your subscribers—often referred to as “Supporters”—unlock all channel perks with a single purchase. The lack of tiered subscriptions is definitely upsetting. Twitch is actually spending more money which is important to remember.

Facebook Gaming streamers miss out on the bonus income their counterparts receive from higher-level subs. However, the ability to set custom sub prices is a huge plus. On the one hand, if your channel can justify the higher prices, you can make more per sub than your typical Twitch creator. On the other hand, it allows streamers from other countries to set more affordable sub prices for their audience. After all, $4.99 costs a lot more if you’re from a lower-income region of the world — or if your currency is prone to inflation.

Facebook also allows community sub gifting—something that YouTube currently lacks. However, the feature is restricted to mobile-viewers-only, which means you won’t get any of that juicy 100% desktop sub revenue — at least not in gift-form.

Twitch can’t change the small streamers split due to the fact they will lose money on small streamers, and that is why they actually have been putting more ads on Partner streams Amazon is their parent company but much like Mixer work Microsoft, of Twitch isn’t making money how long will Amazon be ok with that? So if they invest in small streamers could be very disastrous.

A previous Twitch employee, Sam Chen, tweeted Mid-tier streamers make up for this loss (mid-level, in this case, is prob between 100-500, who knows with pandemic numbers). You’re a size where your subs “likely” outnumber your viewers by a large margin. Twitch cannot be profitable without maximizing revenue from this group.

Tencent is a very wealthy company and started the streaming platform Trovo to go up against the content creating platform Twitch. Tencent is the same company that owns PUBG and Riot Games, as well as having stakes in Epic Games, Ubisoft, and Activision Blizzard.

If Amazon, Facebook, and Google decide their Content Creating Platforms aren’t making enough money could they actually have to close down their content-creating platforms like Mixer did?