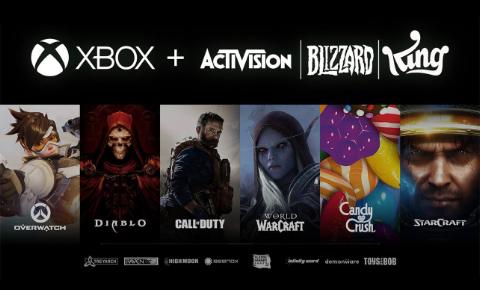 Previously, it was announced that Microsoft announced they are acquiring Activision Blizzard in a $68.7 billion all-cash deal, inclusive of the company’s net cash. This will be the largest deal ever in the tech industry. Once the transaction closes, Microsoft will become the world’s third-largest gaming company by revenue, behind Tencent and Sony.

The deal is expected to close in the fiscal year 2023. The acquisition still needs to go through the hurdle of getting approval from the government, which could take a long process before they get the approval of the acquisition.

Current CEO of Xbox Phil Spencer has confirmed via Twitter, “Had good calls this week with leaders at Sony. I confirmed our intent to honor all existing agreements upon acquisition of Activision Blizzard and our desire to keep Call of Duty on PlayStation. Sony is an important part of our industry, and we value our relationship”

Activision Blizzard, has been embroiled with a lawsuit and sexual misconduct allegations that were occurring in the workforce. CEO and Owner, Kotick knew about these allegations, but he refused to do anything about them. The acquisition could possibly be a reason due to investors placing pressure on Kotick.

Microsoft, made an agreement with Kotick, that if the workforce conditions can show proof of a change, they would go ahead with their agreement of acquiring Activision. Microsoft stated that Activision was showing evidence of change, so decided to go ahead with the acquisition. Once the deal closes, the Activision Blizzard business will report to Phil Spencer, CEO, Microsoft Gaming.

Activision Blizzard CEO Bobby Kotick is reportedly planning on stepping down after Microsoft completes the acquisition. Kotick has been facing pressure to resign over the company’s workplace misconduct scandal since last November.

Bobby Kotick stated, “What I told Microsoft is that I care so much about this company, that whatever role they want me to have, in making sure that we integrate the business and we get a proper and smooth transition, I’m willing to do,” Kotick said. “However much time that takes, if it’s a month after the close, if it’s a year after that, I just care that the transition goes well.” “is just staying CEO and running the business,” but that reporting to Spencer “is an easy thing to do.”

Follow Gamactica Portals, to stay up to date about Microsoft acquiring Activision Blizzard!