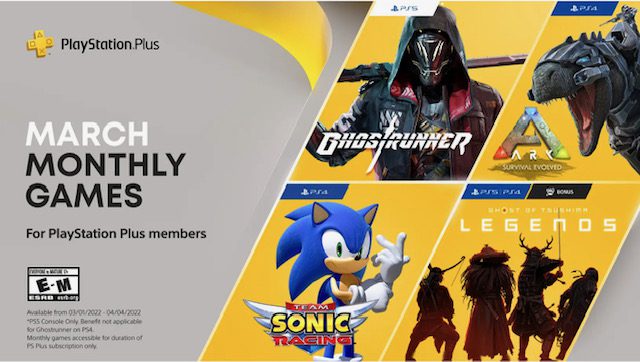 Sony recently announced the PlayStation Plus games that will be available for March. The March PlayStation Plus lineup will test your survival, racing, and combat skills in equal measure. Prove you’ve got what it takes to survive a deadly island wilderness in Ark: Survival Evolved, outpace the competition in Team Sonic Racing, and sharpen your reflexes in cyberpunk first-person adventure Ghostrunner. And in addition to those titles, team up and take on fearsome, supernatural foes in the bonus game Ghost of Tsushima: Legends, which joins the lineup this month. All games will be available to download starting, March 1.

For more of your PlayStation Plus monthly game releases, follow Gamactica Portals!