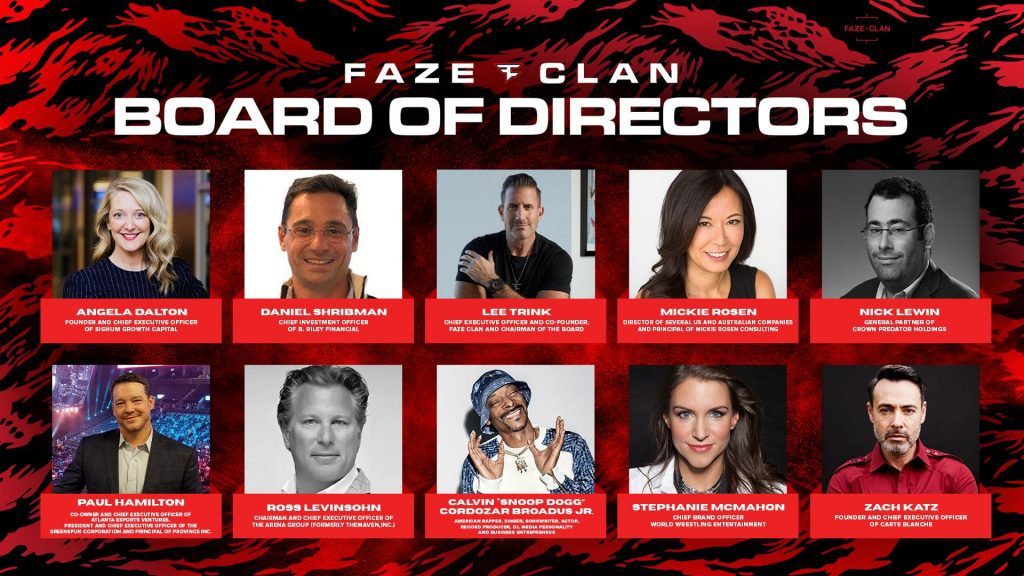 Esports team Faze Clan announced their anticipated Board of Directors that will take effect after consummation of Faze Clan’s merger with B. Riley Principal 150 Merger Corp. (NASDAQ: BRPM) (“BRPM”), a publicly listed special purpose acquisition company. The merger is expected to close in the first half of 2022.

“We have assembled a best-in-class Board of Directors who bring broad and deep understanding of Gen Z and the rapidly changing digital media and entertainment landscape,” said Lee Trink, CEO of FaZe Clan. “I am excited to work with this fantastic group and benefit from their insights and guidance as we enter the public market and execute our multi-platform monetization strategy to create long-term shareholder value.”

FaZe Clan’s post-merger Board of Directors:

Follow Gamactica Portals to stay up to date for more