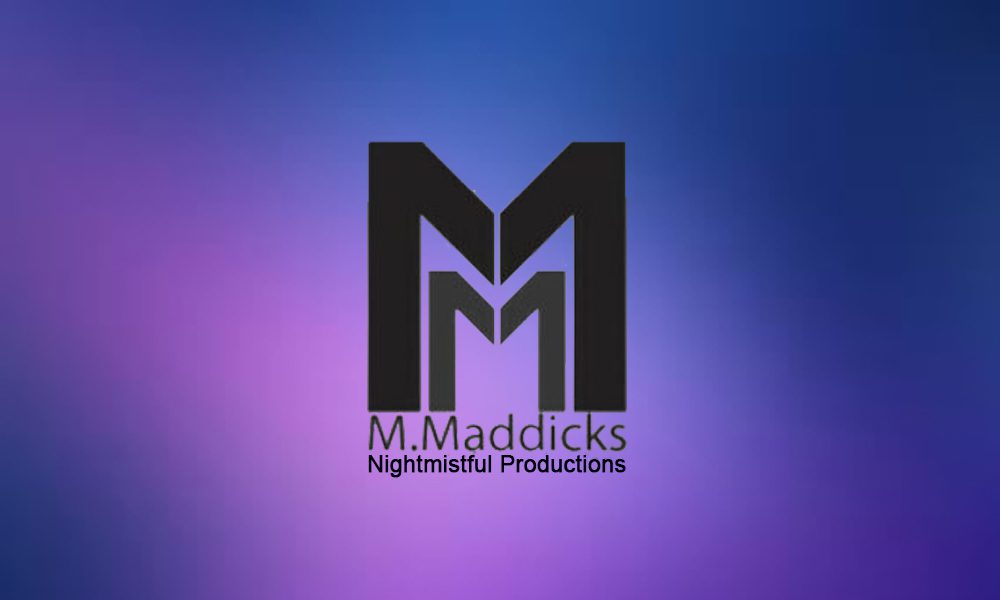 Gamactica has added a new addition to our Eclipse section, and we are proud to announce our partnership with Nightmistful Productions! Nightmistful Production was created by Marvin Maddicks Jr. Marvin, who is a freelance and independent art illustrator, horror music composer, and upcoming actor in indie horror movies.

Marvin Maddicks Jr. has credits for producing over 100 Indie films on IMDb, acting in 18 movies, Composer of 7 films, and has 30 thanks as credit for his work. He has 3 Best Feature award wins for the indie horror film Camp Murder, and 1 nomination for Best Film for indie horror movie A Sort Of Hunger. He is currently working on projects for indie films for the rest of 2022 going into 2023.

Creator of Nightmistful Productions, Marvin Maddicks Jr. was born on December 11, 1975, on the island of St. Thomas, U.S. Virgin Islands. Served in the U.S. Army/Reserves from 1997 to 2015. From childhood to an adult drawing comic books was his passion. Marvin also loves creating dark and scary soundtracks for horror movies and video games.

I was able to have an exclusive interview with Marvin Maddicks and discuss his journey to the creation of Nightmistful Productions, and it started when he was at the age of seven years old. His passion started with drawing cartoons, such as the ninja turtles and other TV Cartoons. He was an avid comic collector and had stopped collecting at the age of fourteen. He joined the U.S. Army, and in 2006 he started his interest in music. He first started working on instrumental, R&B, and Rap, he used the software, FL Studio to create music.

Marvin Maddicks Jr. started his Youtube channel in 2009 and began to post beats and the instrumental music that he worked on. One year later, Indie filmmaker Timothy Thomas, listened to his music on his youtube channel and asked if he could place one of his beats into one of his short movie films.

Whenever he decides whether to join a project for movie scripts, he reaches out to the filmmakers and asks them if they need a soundtrack for their Horror Slasher movies. If they are interested, and it fits the film they will tell him “yes” and use his beats. He networks through Timothy Thomas, who has passed his name around to other Indie Horror filmmakers. He will also look at the producer credits, and uses IndieGoGo for funding of films. Allows funding for additional perks, such as associate producer, and executive producer, and the prices vary.

While working on a project that may have special effects that were never attempted before, that has an expensive budget, he works with what he has to make sure he stays under his budget. He will edit the tracks that are placed in the films. He uses the software, Windows Movie Maker, and got used to adjusting. Whenever they asked him to sync a track, he would use windows movie maker, and edit, sync, and cut film.

Whenever he needs to stay on track for a specific deadline for a project that he is working on, he makes sure that he “asks what their deadline and date” they want it completed by. Filmmakers will give him a set date and will work around adjusting their deadlines based on the current projects he is working on.

The most difficult task that he has had to face while making a track, is mixing and mastering. He has to make sure that it is not too loud, and that the instruments are not drowning out each other. Currently, he has not faced any changes that he had to make to make sure that he meets a deadline. The equipment he uses for music production. 1. Komplete Kontrol A25 Mini Keys 2. Maschine Mikro Drum Pad 3. Komplete Audio 2 Interface 4. Fl Studio (Digital Audio Workstation).

The most important role of a music producer is to keep in touch with the director and get feedback. He will email it before the deadline, and if something does not sound right, he will adjust or even scrap it and create a new sound. He has not had any movies that were that difficult to work on. Tracks are dark and simple and makeup about 4-5 instruments that complete the tracks. Film producers love that and they aren’t that complicated.

There aren’t any challenges that he faced in his roles of acting and while managing to get his current film projects completed for films. He manages his time while he does small roles for one scene in films with a few lines. He has no lead roles or supporting roles, and also does voice cameos to help him manage his current project’s deadline.

Make sure you go and check out Nightmistful Productions Eclipse Profile and connect with them on Gamactica!