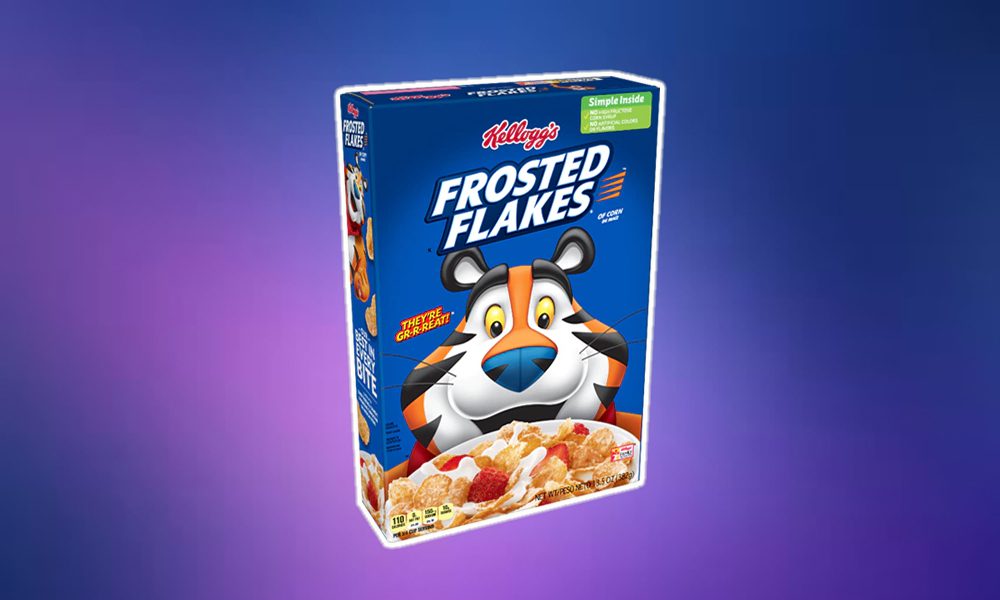 Kellogg’s popular mascot ‘Tony the Tiger’ will be taking his Frosted Flakes, and talents, to Twitch during a livestreamed event called “Tony the Tiger’s Gr-r-reat Cereal Bowl of Gr-r-reatness” which is set to take place on August 19th from 5pm EST to 7pm EST.

The event will see Kelloggs and Twitch’s Brand Partnership Studio team up for the event that will see Tony the Tiger will go head-to-head in a popular battle royale game against Twitch streamers Chrissy Costanza, Jakeem “BigCheese” Johnson and Brennon “GoldGlove” O’Neill.

The iconic character will also be sporting a custom Kellogg’s Frosted Flakes gaming rig, complete with a milk-coolant PC.

Kelloggs says that “Tony the Tiger’s Gr-r-reat Cereal Bowl of Gr-r-reatness” makes Frosted Flakes the first brand globally to work with Twitch to transform a brand mascot into an interactive “VTuber” and says that fans can jump into chats and participate in live polls during the event.